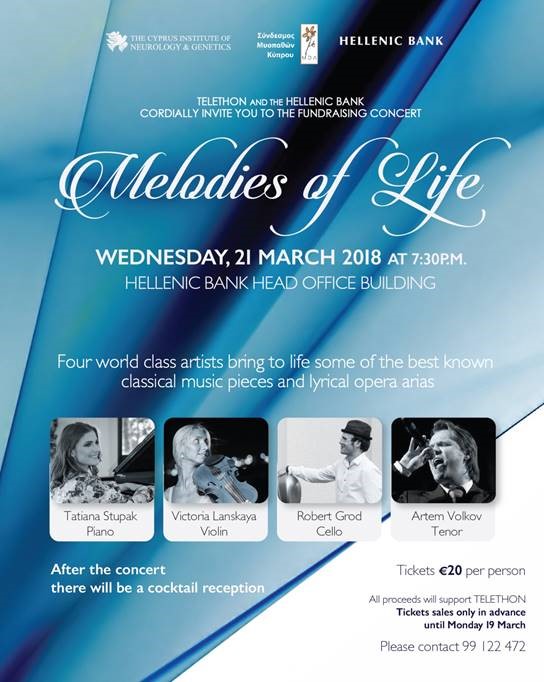 TELETHON presents "Melodies of Life", a Concert of Classical Music and Lyrical Opera.

Four prominent Russian and Lithuanian artists will perform an exquisite and highly demanding repertoire of musical masterpieces in a unique performance.

The concert will take place on Wednesday 21st of March at 7:30 pm at the Hellenic Bank Head Office Building and will be followed by a cocktail reception. Entry is 20 euro per person and tickets can be obtained by calling 99 122 472. All proceeds will
go to TELETHON.

The selected repertoire is certain to satisfy even the most demanding fans of classical music, offering a musical feast, which includes, amongst others, works by Mozart, Bach, Vivaldi, Donizetti and Listz.

“Melodies of Life’ is organized with the cooperation and support of Ms Tatiana Stupak. We would like to express our gratitude to all the artists for their voluntary participation in this fundraising event

Tatiana Stupak (Pianist), started learning the piano at age five, studying at the Special School of the Rimsky-Korsakov State Conservatory in St. Petersburg, and after that, for a further five years continuing at the Conservatory itself. She won a Bach international competition and an organ international competition in Russia. She has performed in Austria and Germany as well as in Russia. Tatiana is now based in Cyprus, where she is well known, having played many times in the last few years, in Limassol, in Paphos and in Nicosia, both as a solo pianist and accompanying other musicians.  She arranges charity concerts for children and for the church, and brings famous musicians from Russia, for example from the Bolshoi Theatre. She opened her music tuition centre in 2017 for piano and other instruments, and for teaching music subjects;  the teachers are prize-winning professionals.

Victoria Lanskaya-Pastellas (violist), graduated from the Moscow State University as a classical and jazz violinist. She has travelled with orchestras to many countries, including the Far East. She took part in Sarah Brightman’s and Sting’s concerts in Moscow. She was also with the Rodion Gazmanov band (a Russian rock star) for several years. She has performed solo, at concerts and at studio recordings for many famous Russian singers.  Before moving to Cyprus in September 2017, she played at several major Moscow venues, including the Kremlin.  She has played solo concerts for Russia’s and friendly countries’ presidents and ministers.  Victoria can play music with her own improvisation, which depends on the event, the atmosphere, and the mood of the audience.  Her repertoire exceeds fifteen hours.

Robert Grod (cellist), was born in 1991 in Lithuania.  He studied in Vilnius at the Balys Dvarionas music school in the class of J. Veiverienė.  He is a laureate prize winner of the Dvarionas and Urba music competitions in Lithuania.  In 2010 Robert began his studies at the Moscow State Conservatory, under the tutorship of Natalia Shakhovskaya.  In 2012 he won first prize in the Kozolupov competition in Moscow, and in 2016 he graduated from the conservatory with honours.  Since then, he has been working in Nicosia for Cyprus Young String Soloists, which is a programme of the Cyprus Ministry of Education and Culture, aiming at identifying children aged 3-18 who are very talented in music, and at providing them with instrument instruction at the highest possible level.

Artëm Volkov (tenor), was born in Vladimir in 1985, and graduated in 2005 from the municipal school of music and performing arts.  In 2007 he became a laureate of the All-Russian Amber Nightingale competition.  He received his higher professional education in conducting and singing at the Moscow State Conservatory.  From 2010 to 2012, he was a soloist first with the Chamber Choir of the Moscow Conservatory, and later with the choir of the Cathedral of Christ the Saviour in Moscow.  In 2012 he was a member of the Music Aeterna ensemble, and a soloist at the Perm Opera and Ballet Theatre, where since 2015 he has been a guest soloist.  Also since 2015 he has been a soloist with the "Masters of Choral Singing" choir.  He is now a soloist and ensemble singer, and has recently performed in several European countries. 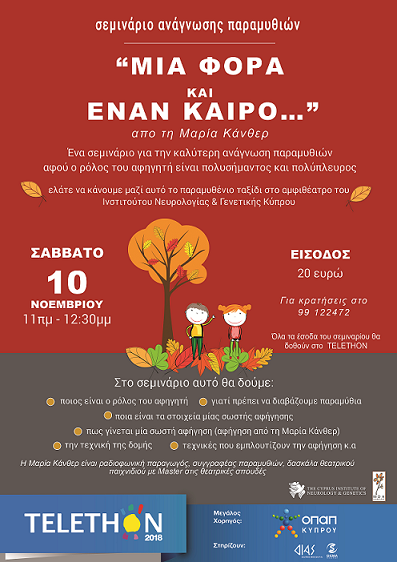 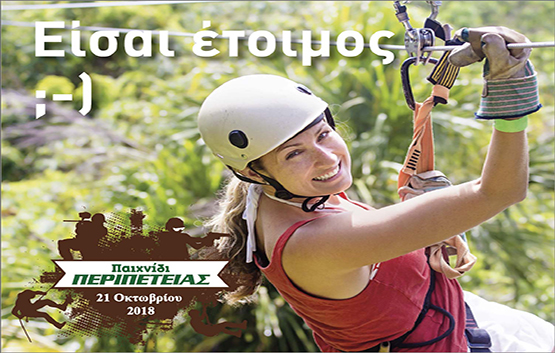 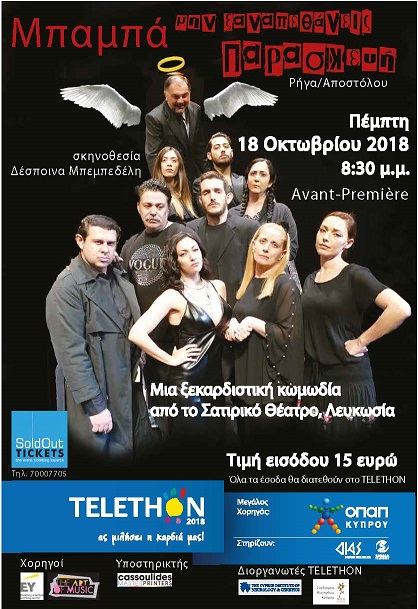 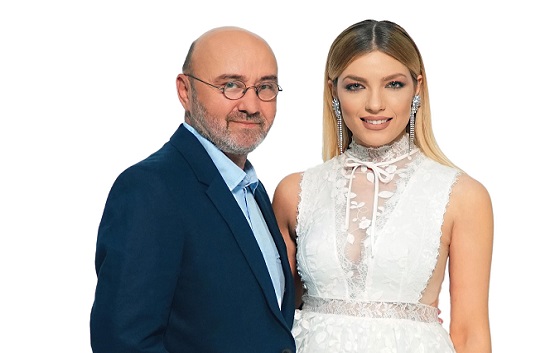